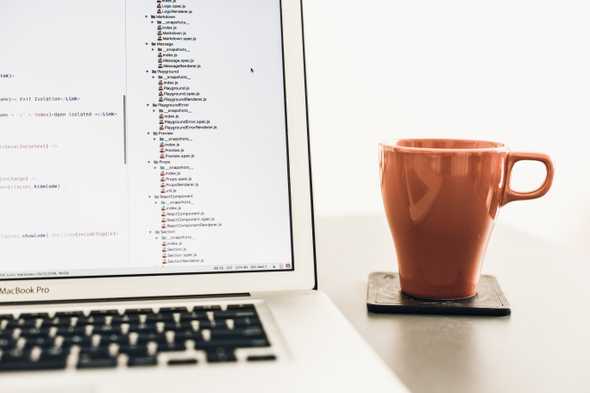 If you’re not familiar with how JavaScript variable assignment and primitive/object mutability works, you might find yourself encountering bugs that you can’t quite explain. I think this is one of the more important foundational JavaScript topics to understand, and I’m excited to share it with you today!

Assignment, reassignment, and mutation are important concepts to know and differentiate in JavaScript. Let’s define each and explore some examples.

To understand what happened here, we need to go right-to-left:

So, assignment can be thought of as the process of creating a variable name and having that variable refer to data (be it a primitive or object data type).

If this all seems basic, that’s okay! We’re laying the foundation for understanding some more complicated behavior and I think you’ll be glad we did this review.

Mutation is the act of changing data. It’s important to note that, in our examples thus far, we haven’t changed any of our data.

In fact, we wouldn’t have been able to change any of our data in the previous example even if we wanted to—primitives can’t be mutated (they are immutable). Let’s try to mutate a string and bask in the failure:

Obviously, our attempt at mutation failed. This is expected: we simply can’t mutate primitive data types.

We absolutely can mutate objects! Let’s look at an example.

So yeah, that worked. It’s important to keep in mind that we never reassigned the person variable, but we did mutate the object at which it was pointing.

Why This All Matters

Get ready for the payoff. I’m going to give you two examples mixing concepts of assignment and mutation.

Not very surprising. To be thorough, let’s recap the last snippet in more detail:

If this surprises you, try it out in the console or your favorite JS runtime environment!

Why does this happen? Let’s do the play-by-play:

Pretty cool, right? And by cool, I mean potentially scary if you didn’t know about this behavior.

As we discussed earlier, primitive data types are immutable. That means we really don’t have to worry about whether two variables point to the same primitive in memory: that primitive won’t change. At best, we can reassign one of our variables to point at some other data, but that won’t affect the other variable.

Objects, on the other hand, are mutable. Therefore, we have to be keep in mind that multiple variables may be pointing to the same object in memory. “Mutating” one of those variables is a misnomer, you’re mutating the object it’s referencing, which will be reflected in any other variable referencing that same object.

Is This a Bad Thing?

This question is far too nuanced to give a simple yes or no answer. Since I have spent a good amount of time understanding JavaScript object references and mutability, I feel like I actually use it to my advantage quite a bit and, for me, it’s a good thing. But for newcomers and those who haven’t had the time to really understand this behavior, it can cause some pretty insidious bugs.

How Do I Prevent This from Happening?

In many situations, you don’t want two variables referencing the same object. The best way to prevent this is by creating a copy of the object when you do the assignment.

There are a couple ways to create a copy of an object: using the Object.assign method and spread operator, respectively.

Success! But a word of caution: this isn’t a silver bullet because we’re only creating shallow copies of the person object.

If our object has objects nested within it, shallow copy mechanisms like Object.assign and the spread operator will only create copies of the root level object, but deeper objects will still be shared. Here’s an example:

Ack! So we copies the top level properties but we’re still sharing references to deeper objects in the object tree. If those deeper objects are mutated, it’s reflected when we access either the person or person2 variable.

Deep copying to the rescue! There are a number of ways to deep copy a JavaScript object[2]. I’ll cover two here: using JSON.stringify/JSON.parse and using a deep clone library.

If your object is simple enough, you can use JSON.stringify to convert it to a string and then JSON.parse to convert it back into a JavaScript object.

And this will work… but only in limited situations. If your object has any data that cannot be represented in a JSON string (e.g., functions), that data will be lost! A risky gambit if you’re not super confident in the simplicity of your object.

There are a lot of good deep clone libraries out there. One such example is lodash with its _.cloneDeep method. These libraries will generally traverse your object and do shallow copies all the way down until everything has been copied. From your perspective, all you have to do is import lodash and use cloneDeep:

This discussion is really the tip of the iceburg when it comes to variable assignment and data mutability in JavaScript. I invite you to continue researching this topic, experimenting with topics like equality comparison when assigning object references and copying objects.

If you are enjoying my blog, please sign up to get updates and code insights directly to your inbox.